INES - The Urgent Need of Whistleblowing 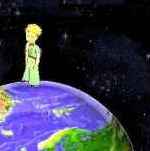 We all know that science and technology are most important moving forces of modern societal development since the age of the enlightenment of the 17th and 18th century. This development is most impressive, indeed, and we are proud of it. But this development has, as we all know, a severe fault. It is not sustainable and connected with more and more and increasing risks. Science and technology are more involved in producing risks than in recognizing or even preventing dangers. But the proper aim of science is to produce knowledge. This role of science is generally esteemed to be constitutive of what is called the knowledge society, which is now proclaimed and prospected. That means that science is considered to be fundamental to our modern society.

Relatively seldom the question is asked what knowledge actually is. Certainly, knowledge means chiefly know how and nothing else. This is what is wanted, this is why billions of dollars are spent every year. But who pays dollars for knowledge wants to possess it, because – as already Francis Bacon knew – "knowledge is power." Knowledge becomes property. Property of knowledge exist in two forms:
1. Property per se and most effective is secret knowledge. In order to secure knowledge as property, almost all employees – especially scientists and technicians – have to accept and must undersign employment contracts containing secrecy obligations.
2. Commercializing knowledge as property requires it to be patented. So, "intellectual property" in the form of patents is the predominant form of private ownership of knowledge. But although patents are open for licensees, research leading to patents is nevertheless secret. In the form of patented know how, knowledge can be bought and sold.

What about knowledge and truth?

Is it not nearly the same? What is the difference? Obviously truth cannot be private property. It is a common good of that community to whom it concerns.
Especially scientific truth is a common good of all mankind. Truth cannot be bought or sold. This would be a contradiction in itself. Often it is spoken about a decay time or a half-life of knowledge. This means obviously the money value of know-how. Truth, however, keeps its value, which is a value of quite another nature.
Knowledge turns into truth by getting public. Scientific knowledge becomes truth by free publication. Knowledge as private property is not truth. It is ruling knowledge. Secrecy is a sure indication of ruling knowledge. Ruling knowledge has a fatal tendency to get wrong. For, there is a tension between power and truth. Rulers have trouble with truth. In contrast to this, truth is powerless. Never this became more obvious than during the interrogation of Jesus by Pilatus when the latter asked his famous question: "What is truth?" Power passes away, truth remains. The tension between truth and power, which can go up to contradiction, is also expressed in the well-known dictum: The first victim of war is truth. 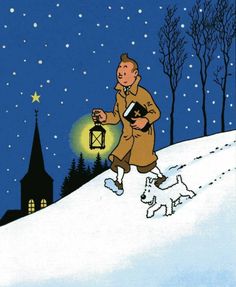 To begin with, let me make some very general remarks: Life is essentially a communication phenomenon. For public life in politics, economy and culture this is quite obvious and needs no further explanation. Life in general and public life in particular can only thrive and succeed if information, exchanged in this communication, is mostly true and honest. Lie and deception poison and damage life. As a man who lived 40 years in the German Democratic Républic, in the system of a one-party dictatorship I know what this means. It was a system of institutionalized lie. Vaclav Havel analyzed this some 20 years ago in his famous essay, the title of which expresses a demand: Living in truth.
And he demanded corresponding societal changes. Also Gorbatchov realized the essential importance of truth in the public life when he tried to save the socialism in the last historical moment by his glasnost and perestroika program.
At first sight glasnost seems to be realized in our liberal western societies, because we have a pluralism of meanings, freedom of information, independent media, and guaranteed civil rights. But at second sight, it becomes clear that all that does not reveal transparency, which is the meaning of glasnost, because we have, what Jürgen Habermas, a famous German philosopher, called the "new confusion." Everybody can say what he wants, but in the many-voiced public noise it is nearly impossible to bring essential analyses and important insights against the ruling mainstream to public awareness. This is because we live in a market society, which becomes more and more total. Its cultural face is what is called post-modernity. The post-modern spirit of the age tells us: There is no truth, but only interest.
Everybody can and should follow his or her interests. If there is no truth then there is no lie as well, at least as a moral category. Everybody can lie in the own interest. What else is advertising? Advertising becomes the predominant form of public communication. There is neither truth nor lie, only successful or unsuccessful advertising. The predominant ethics is utilitarianism in which the end justifies the means, also lies. So, the president of the United States and its minister of defense as well as the prime minister of the UK found it acceptable to lie about Iraqi weapons of mass destruction, allegedly ready for action, in order to justify a war of aggression, the actual reasons of which were quite different. Or, take another example: The boards of big companies decided to fake their balance sheets in order to enhance their shareholder value. A culture of lie develops in which one can less and less believe, what is said in public. This is true especially for the internet communication.
On the other hand, our market society has been analyzed and characterized as a risk society by the outstanding German sociologist Ulrich Beck. The precautionary principle cannot hold and does not hold, because it is incompatible with the capitalist market economy which is addicted to steady innovations in order to fulfil its systemic growth compulsion. Many innovations involve not sufficiently examined risks. The patent law does not require any independent proof of societal and environmental safety. Very often direct benefits for paying customers are overcompensated by fatal side effects for people being not involved at all. But the strong interest in return of invested R&D money simply has priority. Electrosmog due to mobile phoning is one of the most recent examples.
In this situation of the "risk society," danger cognition is certainly the most important, but nevertheless not very much an esteemed knowledge. In addition, it is an insufficiently elucidated type of knowledge, which is quite different from usual scientific knowledge, because it is a prospective one, whose empirical confirmation has to be avoided. In spite of its importance, reliable procedures of danger cognition have not been developed so far.
Danger cognition is obviously not suitable as a ruling knowledge. It cannot be patented, not be bought or sold. Danger cognition needs to be public, because it should be aware to those who are endangered. Rulers, however, are in most cases interested in suppressing danger cognition. All that qualifies well-founded danger cognition as a truthful knowledge.

Many historical examples show that whistleblowing was the first step of public danger cognition. In face of quantitatively and qualitatively increasing, often yet unknown risks, whistleblowing is urgently needed in the "risk society." But it is not conform to the market society. It is not "politically correct," or better, not economically correct. In the age of post-modernity with its common sense, that truth does not exist at all, but only interests, it is hard to speak the truth without being declared as a fundamentalist or ideologist. In a market society, in which all things seem to be purchasable, it is hard to resist monetary pressure or to face a court procedure against highly paid lawyers. In a sense whistleblowers are heralds of truth in a society, which is proud of getting a "knowledge society," thereby loosing the truth. Since every society needs truth in order to live, the market, risk, and knowledge society needs whistleblowers more than any other type of society because they stand against the structural defaults of our post-modern and non-sustainable society.
Truth as an ethically qualified knowledge is, of course, much more than what whistleblowers have to say, but their warnings are so to say spotlights of truth penetrating the fog of the parcelled, fragmented, and orientation-less know how of the "knowledge society."
INES does well in supporting whistleblowing not only by awarding outstanding whistleblowers but also by its project INESPE to protect and to support ethical conduct in science and engineering. I would like to propose that INES should offer a special honorary membership to recognized whistleblowers so that it is not only an organization for but also an organization of whistleblowers.

Dr. Fischbeck is a physicist and a long-serving member of INES. He was member of the INES Standing Committee on Ethical Questions and the Ethics Protection Initiative INESPE.