The French 'Green Book on Defence' 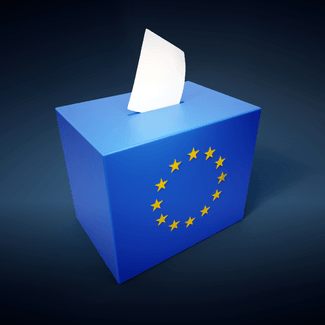 The “Green Book on Defence” or Livre Vert de la Défense is a French policy paper on environmental security published in February 2014. The project was directed by Senator Leila Aïchi, Vice President of the Foreign Affairs and Defence Commission of the French Senate.

The Livre Vert proposes first of all to place environmental security issues at the heart of military planning and defence, as environmental issues are still too often neglected in national security and military strategies. It points to the near complete lack of consideration for environmental security in the 2013 French Livre Blanc, where it occupies only half a page due to the fact that scientific uncertainties remain about the real impact of climate change. This neglect stands in contrast to the approach of other powers, such as the United States, the United Kingdom or Germany. For example, the 2010 U.S. Quadrennial Defence Review devotes an entire section to matters of environmental security. 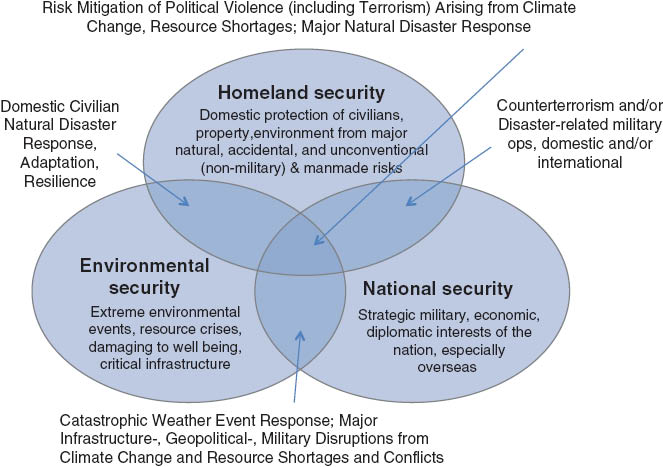 The Livre Vert underlines that France is lagging behind on environmental security, and proposes several strategies that would allow France to become a model for “green defence”. France would need to create an institution for dialogue and consultation between the defence/military establishment and the environmental party. This could take the form of a ministry entirely devoted to environmental security that would be linked to the ministry of defence, a far-reaching proposal. It also recommends the commissioning of a parliamentary report on how to develop and apply the concept of “green defence” in the context of the French military.

The Livre Vert acknowledges that the concept of environmental security has been developing over the last decade, but argues that other analyses do not go far enough. For instance, even in countries such as the UK and the US where environmental threats are taken more seriously, they are still not an integral part of military reports and school curricula. The Livre Vert proposes both to create specialised “green defence” training in military academies, as well as to systematically integrate a section on environmental security in military strategic planning documents. At the European level, the Livre Vert underlines that the European Security Strategy still does not place environmental security on the same level as issues such as terrorism or cybersecurity, even if more consideration was given in the 2008 update. Thus, it proposes the elaboration of a “Livre Vert Européen de la Défense”, to be written in collaboration between member states, the Commission, the European Parliament and the External Action Service. This would help position environmental security at the heart of the EU’s “Common Security and Defence Policy”.
At the international level, progress has been made with the adoption by the UN General Assembly of a resolution in June 2009 explicitly recognising that climate change has security implications. Nevertheless, the Livre Vert argues that UN institutions still do not take environmental security seriously enough. Many countries continue to consider environmental issues to be economic and social matters, and reject the idea of associating them with international security. Hence, the Livre Vert recommends that France and other EU member states use their influence within the UN system to push for a new resolution by the General Assembly that identifies environmental degradation linked to climate change as one of the main threats to international security Greater use of preventive action to tackle the root causes of environmental degradation. 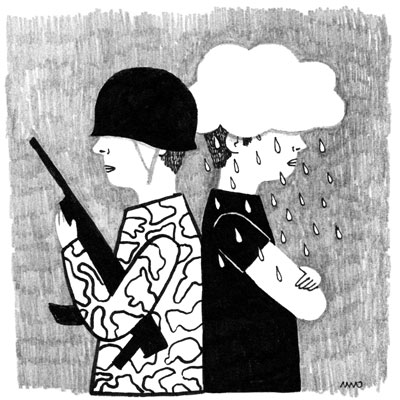 The Livre Vert focuses on preventive action and diplomacy to forestall environmental conflicts before they emerge. Like many current policy analyses, this policy paper is critical of international interventions post-Cold War, underlining that excessive military action has shown its limits. (cf. Seybolt T. B. (2008), Humanitarian Military Interventions: The Conditions for Success and Failure, Oxford University Press).
As a result, the Livre Vert argues for more diplomacy and preventive action to resolve the root causes of conflicts before they emerge, thus averting the need for intervention later on. This is especially true for environmental threats, whose origins are often linked to conflicts over the sharing of resources, which should be addressed through diplomacy and dialogue.
The Livre Vert outlines several proposals for reinforcing preventive action at the national level.
First, it recommends strengthening Parliamentary oversight over defence. It criticizes current procedures in countries such as France or the United States, where the executive does not need Parliamentary approval for launching a military operation abroad. The Livre Vert argues that this often leads to abuse and lack of transparency, as was the case with the 2003 U.S. invasion of Iraq. Stronger Parliamentary supervision over defence would help to contain the risk of unilateral military intervention, reinforcing preventive action and diplomacy. Second, the Livre Vert proposes to create a section entirely devoted to conflict prevention within the ministry for environmental security described above that would work in close cooperation with the Ministry of Defence.
At the European level, the Livre Vert recognises that the European External Action Service (EEAS) has been active in preventive diplomacy. However, it is critical of what it terms insufficient preventive action for environmental crises, arguing that the EU has tended to focus instead on diplomacy for high profile tension points such as the Israeli-Palestinian conflict or Iran’s nuclear program. The Livre Vert proposes to create an office entirely dedicated to preventive action for environmental security issues within the EEAS, and relies on the fact that preventive action enjoys a strong legal base in the EU Treaties.32 Moreover, as with the national level, the Livre Vert argues that reinforcing the European Parliament’s powers of oversight over EU external relations can strengthen preventive action. For example, it proposes to transform the current Sub-Committee on Security and Defence into a full standing committee in the European Parliament. 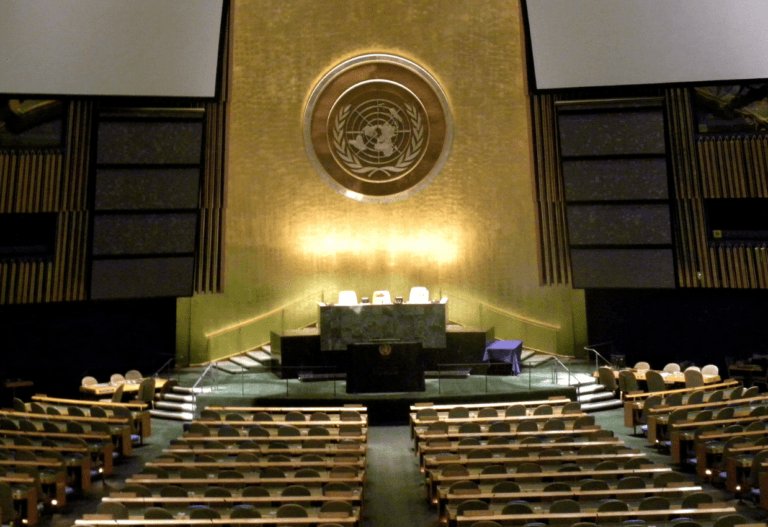 At the international level, the Livre Vert welcomes the progress that has been made over the last two decades in reinforcing preventive action within the UN system, for example the creation in 2005 of a new UN Peacebuilding Commission (PBC). Nevertheless, it argues that such initiatives are also insufficient because they do not focus enough on issues of environmental security. Thus, the Livre Vert recommends that France, together with other EU member states, submit a resolution to the UN General Assembly for creating new categories under international law such as a “State facing acute environmental challenges” or the notion of “environmental refuge” to reinforce the legal base for global preventive action. Second, it suggests the creation of a specialized U.N. Agency on matters of environmental security (particularly for climate refugees) that would rely on preventive action to address the root causes of environmental problems.

However, it should be noted that the Livre Vert does not rule out the use

of force as a last resort if all other options have failed. Preventive action cannot always succeed, and environmental degradation and resource scarcity are likely to enhance tensions that may result in civil or inter-state conflict. The main difference between the Livre Vert and other policy papers is that the strategic focus of “green defence” is on preventive action, whereas it represents just one policy option amongst others in the 2013 French Livre Blanc or the 2010 U.S. National Security Strategy, for example.
5 Key Recommendations to the French government:
 Create a Ministry entirely devoted to environmental security.
 Create specialised “green defence” training in military academies, and systematically integrate a section on environmental security in military strategic planning.
 Reinforce Parliamentary control over foreign military interventions and over matters relating to defence in general.
 Create permanent units within national militaries entirely dedicated to and specifically trained for civilian rescue missions in areas hit by natural disasters, both at home and abroad.
Broaden the concept of national security and embrace a transnational, possibly even a supranational, strategic framework, given that climate change is a quintessentially global threat
5 Key Recommendations to the European Union:
 Prepare a European “Green Book on Defence” in cooperation between national member states and EU institutions.
 Create an office entirely dedicated to preventive action for environmental security issues within the EEAS and transform the current Sub-Committee on Security and Defence (SCSD) into a full standing committee in the European Parliament.
 Create a rapid reaction corps fully integrated into the CSDP and specialized in civilian rescue missions following natural disasters, both on the European territory and abroad, fully coordinated and managed by the EEAS.
 Over the short run, reinforce bilateral and multilateral cooperation between EU member states on matters of defence, including common training centres for soldiers, a common maritime surveillance policy, closer coordination of air defence and space policies, greater cooperation on cybersecurity, and more integration of European industries and markets for security and military equipment. Such initiatives can later be fully integrated into the CSDP.
Over the long run, environmental threats linked to climate change render it urgent to engage in a “federal leap forward”. This would involve transforming the European External Action Service into a federal European ministry of foreign affairs and defence, placed above national ministries and with the power to set the agenda for the EU as a whole, and creating a federal European army under the authority of the EEAS, capable of being deployed in operations around the world.

A.B. - (extracts of Executive Summary compiled by Arnault Barichella, Research Intern for Senator Leila Aïchi, who also contributed to the drafting of the Livre Vert)