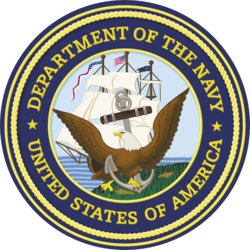 The Pentagon: A Privileged Polluter
Yet, despite being the planet's single greatest institutional consumer of fossil fuels, the Pentagon has been granted a unique exemption from reducing - or even reporting - its pollution. The US won this prize during the 1998 Kyoto Protocol negotiations (COP4) after the Pentagon insisted on a "national security provision" that would place its operations beyond global scrutiny or control. As Undersecretary of State Stuart Eizenstat recalled: "Every requirement the Defense Department and uniformed military who were at Kyoto by my side said they wanted, they got." (Also exempted from pollution regulation: all Pentagon weapons testing, military exercises, NATO operations and "peacekeeping" missions.)
After winning this concession, however, the US Senate refused to ratify the Kyoto Accord, the House amended the Pentagon budget to ban any "restriction of armed forces under the Kyoto Protocol," and George W. Bush rejected the entire climate treaty because it "would cause serious harm to the US economy" (by which he clearly meant the U.S. oil and gas industries).
Today, the Pentagon consumes 1% of all the country's oil and around 80% of all the oil burned by federal government. President Barack Obama recently received praise for his Executive Order requiring federal agencies to cut greenhouse gas emissions by 2020, but Obama's EO specifically exempted the Pentagon from having to report its contribution to climate chaos. (As a practical matter, the Pentagon has been forced to act. With battlefield gas costing $400 a gallon and naval bases at risk of flooding from rising seas, the Pentagon managed to trim its domestic greenhouse-gas emissions by 9 %between 2008-2012 and hopes to achieve a 34 % reduction by 2020.)

Climate Chaos: Deception and Denial
According to recent exposés, Exxon executives knew the company's products were stoking global temperatures but they opted to put "profits before planet" and conspired to secretly finance three decades of deception. Similarly, the Pentagon has been well aware that its operations were wrecking our planetary habitat. In 2014, Pentagon chief Chuck Hagel identified climate change as a "threat multiplier" that will endanger national security by increasing "global instability, hunger, poverty, and conflict." As far back as 2001, Pentagon strategists have been preparing to capitalize on the problem by planning for "ice-free" operations in the Arctic - in anticipation of US-Russian conflicts over access to polar oil.
In 2014, Tom Ridge, George W. Bush's Homeland Security chief, stated flat-out that climate change posed "a real serious problem" that "would bring destruction and economic damage." But climate deniers in Congress continue to prevail. Ignoring Ridge's warnings, a majority of House Republicans hammered an amendment onto the National Defense Authorization bill that banned the Pentagon from spending any funds on researching climate change or sustainable development. "The climate . . . has always been changing," Rep. David McKinley (R-W.Va) said dismissively. "[W]hy should Congress divert funds from the mission of our military and national security to support a political ideology?"
Since 1980, the US has experienced 178 "billion dollar" weather events that have caused more than $1 trillion in damages. In 2014 alone, there were eight "billion dollar" weather calamities.
In September 2015, the World Health Organization warned climate change would claim 250,000 million lives between 2030 and 2050 at a cost of $2-4 billion a year and a study in Nature Climate Change estimated the economic damage from greenhouse emissions could top $326 trillion. (If the global warming causes the permafrost to melt and release its trapped carbon dioxide and methane gases, the economic damage could exceed $492 trillion.)
In October 2015 (the hottest October in recorded weather history),BloombergBusiness expressed alarm over a joint study by scientists at Stanford and the University of California at Berkeley that predicted global warning "could cause 10 times as much damage to the global economy as previously estimated, slashing output as much as 23 % by the end of the century."
This is more than a matter of "political ideology."
The Pentagon's role in weather disruption needs to become part of the climate discussion. Oil barrels and gun barrels both pose a threat to our survival. If we hope to stabilize our climate, we will need to start spending less money on war.
This piece was reprinted by Truthout with permission or license. It may not be reproduced in any form without permission or license from the source.

Gar Smith is editor emeritus of Earth Island Journal, a Project Censored award-winning investigative journalist, and co-founder of Environmentalists Against War. He has covered revolutions in Central America and has engaged in environmental campaigns on three continents. He lives a low-impact, solar-assisted lifestyle in Berkeley, California. Smith is also the author of Nuclear Roulette: The Truth About the Most Dangerous Energy Source on Earth (Chelsea Green Publishing, 2012)