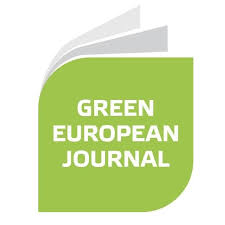 Since 2016, the question of strategic autonomy for the European Union has become unavoidable and faces its first credibility test with the debate on the modernisation of NATO's nuclear deterrent. Will this system be replaced by Franco-German cooperation? Or will it be strengthened to the benefit of NATO and the United States? This article examines the issues in this strategic debate and imagines some possible outcomes. In doing so, it outlines a European strategy for nuclear de-escalation, something which remains an important milestone on the way to the de-nuclearisation of the continent.

In June 2016, the European Union’s High Representative for Foreign Affairs and Security Policy, Federica Mogherini, presented an outline for “European strategic autonomy” as the cornerstone of the EU’s global strategy. French president Emmanuel Macron repeated this idea in his speech on the future of Europe at the Sorbonne University in 2017 A consensus seems to be forming: Europe must defend itself with its own means and use its own diplomacy to negotiate and bring influence to bear on the arms race. It is no longer enough to rely on its economic and soft power. Public opinion seems to back this approach. According to a Eurobarometer survey conducted by the European Commission, between 60% and 80% of citizens believe that the EU should decide its foreign policy independently from the United States. The building of a Europe of defence, presented as a counterweight to indifference in Washington, carries risk: the resurgence of a particular kind of European militarism. In this context, what role do nuclear weapons have to play in the EU’s global strategy? The United States is planning on modernising or withdrawing the nuclear sharing system that has been in place on European soil since the Cold War. While this system has underpinned the credibility of the American nuclear deterrent since 1957, a debate has been raging since last year on whether it should be maintained or replaced by European cooperation in nuclear defence. The Franco-German axis would be a strong candidate for taking on this heavy burden, currently borne by NATO. Key to the future of Europe and its shared defence, the issues surrounding nuclear deterrence must be publicly debated. Under certain conditions, the idea of European nuclear deterrence could provide real diplomatic leverage for a European nuclear de-escalation strategy. 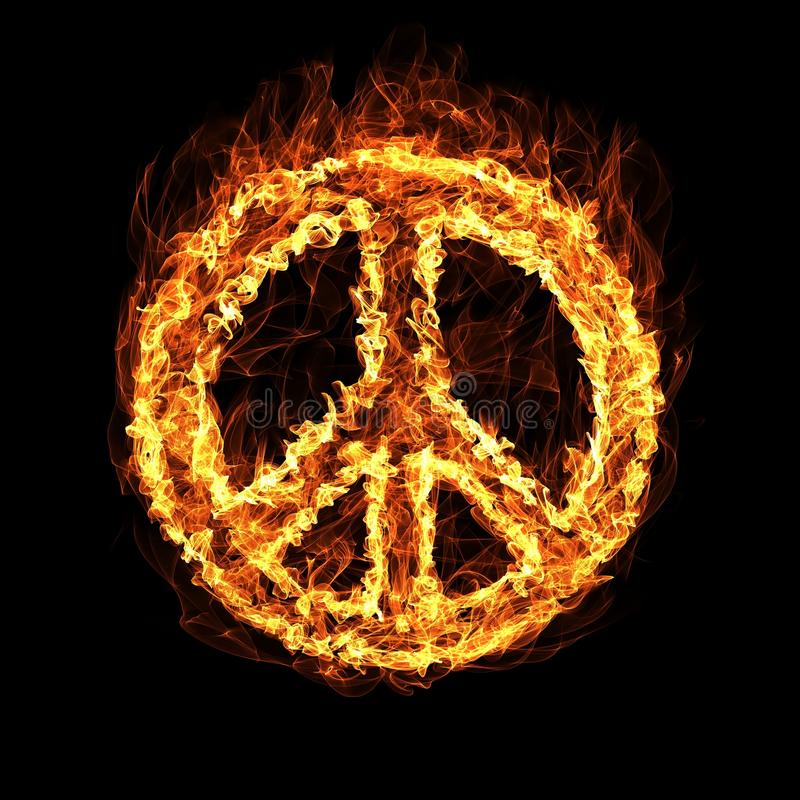 The modernisation of NATO’s posture on the continent will be the subject of fierce debate in coming months. The vagueness of Washington’s intentions reflect the ambivalence of a president who has been openly anti-NATO from the outset. Proposals for escalation rather than withdrawal are on the agenda for the next NATO summit, the 28th of its kind, due to take place in Brussels in July 2018. If the United States and NATO were to reduce their stockpile of nuclear weapons pre-positioned on European soil, the EU would have to decide how and with what means it would achieve strategic autonomy. In this scenario, the question of nuclear deterrence is crucial. The United States, which extolled the virtues of sharing both nuclear and conventional weapons, as well as scientific knowledge, to lend credibility to their nuclear umbrella in the 1950s, is now proposing protection of variable geometry. By suggesting during his presidential campaign that only members who pay will be defended by America, Donald Trump turned the idea of “unconditional” political alliance into something “purely transactional”, rendering the guarantee of American protection “insecure and revocable”, as François Heisbourg recently observed. This reconfiguration of NATO with “reduced commitment” comes as the Europhile vision for more Europe founders, nationalism returns and Europeans struggle to agree a shared strategy.
Europe divided on strategic autonomy

There is no consensus among the 27 on the best way to position the EU in relation to NATO or the best way to share defence and security resources, with nuclear weapons chief among these. There are competing visions across the European politico-military landscape. There is the vision held by the neutral states - Sweden, Ireland and Austria - who want European defence to be based on “civilian crisis management” and “conflict prevention” with the idea that this job can be performed by the UN with the support of the EU. Italy and Spain (and perhaps Portugal) see things differently. They have a sort of dual loyalty to both NATO and the EU. The leaders of the Baltic states have no objections to the NATOisation of Europe, as underlined by Estonia’s defence minister Jüri Luik at the Munich Security Conference: “NATO and the transatlantic Alliance is the crucial deterrent which keeps Europe safe. We would have never worked with those projects [PESCO or the European Defence Fund] if we would have believed that they would, in any way, step over NATO or kind of copy what NATO is doing.”

Poland, the only European country willing to talk about nuclear deterrence with Paris, is another Atlanticist. Greece’s ruling class look favourably upon the idea of a European nuclear deterrent in light of the withdrawal of B-61 bombs from their soil and ongoing negotiations for further withdrawals. The situation in France is again different. National strategic autonomy has been somewhat weakened since Paris rejoined NATO’s integrated military command in March 2009. France decided not to rejoin NATO’s Nuclear Planning Group (NPG), but in signing the Lancaster House Treaties in 2010, allied itself with the United Kingdom to ensure the country does not find itself isolated as it modernises weapons systems. But these treaties were met with suspicion in some European capitals, particularly Berlin and Rome, who saw them as an exclusive Franco-British affair. And in this context, Germany merits particular attention.

The Eurobomb and the German dilemma

Last year saw the lifting of the taboo surrounding the Eurobomb, an idea first conceived in 1950’s West Germany around the time Franz Joseph Strauss was appointed defence minister in 1956. In an article published recently in the Bulletin of Atomic Scientists, Felix Wimmer envisaged three scenarios for European nuclear deterrence if the United States were to no longer guarantee nuclear protection for their allies. The first option would be to base this on the French and British deterrents. For the reasons cited above, this Franco-British arrangement would be unacceptable for states like Germany, Italy and Poland. The second option is the proposal advocated by Roderich Kieswetter, the CDU Bundestag member and former Bundeswehr general staff officer. He has openly called for a German military nuclear programme, pointing out that German technological and scientific assistance was key to France’s acquisition of the hydrogen bomb in 1961. However, this option (aimed at Trump and his entourage) has little chance of going anywhere given opposition from the armed forces, public opinion (over 80% of Germans oppose US nuclear weapons on their soil) and the international community (a casus belli for Moscow, as reiterated in 1992). Last but not least, the third scenario imagined by Felix Wimmer is “the most likely”. In it, Germany would contribute to the French air force. These air-to-ground missiles would replace U.S. nuclear warheads stockpiled in Germany, the Netherlands, Belgium and Italy. Their number (fifty or so) is dwarfed by Russia’s 2,000-3,000 tactical nuclear weapons, but it’s not necessarily a question of parity at this stage. Although a signatory of the Nuclear Non-Proliferation Treaty, (NPT), Germany is entitled to participate in its neighbours’ nuclear weapons programmes through technical cooperation or financial support, as a Bundestag report published in April 2017 reaffirms. 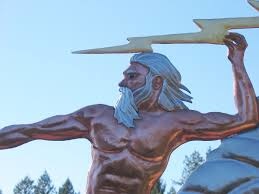 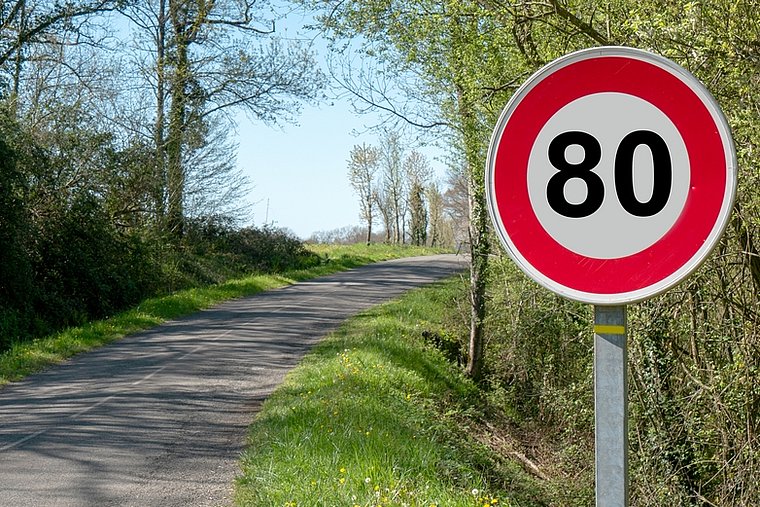 Are French strategists prepared to share their nuclear weapons with their German counterparts? This question has long been settled. The socialist party, including president François Mitterrand, has envisaged just this since the 1990s, taking up a Gaullist idea. Tying the 'force de frappe' to Europe is therefore a return to its roots; it means boosting France’s prestige, gambling on renewed military leadership despite economic weakness and counting on real German partnership. It means realising the neo-Gaullist concept of Alain Juppé who, as prime minister in 1995, advocated the merits of a “joint” or “shared” deterrent (dissuasion concertée). It is no longer a question of to modernise or not to modernise: France no longer has a choice. To prevent its nuclear deterrent from becoming obsolete, to answer critics (who say it’s a “Cold War relic”, a “new Maginot Line” etc.) and to lend credibility to a programme that began in the 1950s, extending and Europeanising the French nuclear umbrella seems the only solution.

A European strategy for nuclear de-escalation 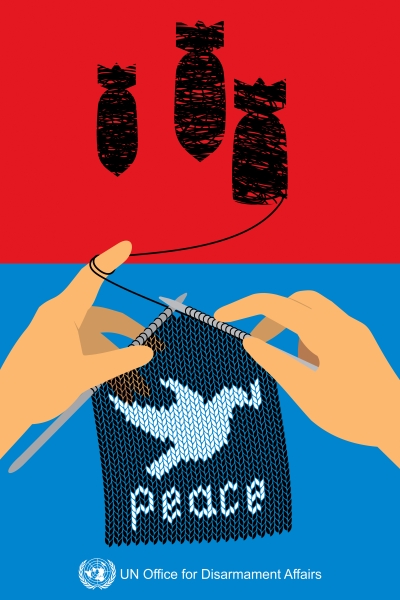 In the current arms race, modernising NATO’s nuclear deterrent risks dragging Europe into a new military escalation with Russia. To avoid such a scenario, it is vital to properly assess the issues in this crucial debate, and not to abandon the use of diplomacy to encourage nuclear de-escalation at a time of enormous uncertainty surrounding the future of the Iranian and North Korean nuclear programmes. The European Union must also play a greater role in diplomatic efforts towards disarmament, especially at the UN, by putting forward a timetable and initiatives for preventive disarmament. It must speak with a single voice in forums like the Conference on Disarmament in Geneva to give fresh impetus to a process that would not just focus on nuclear disarmament. On the question of nuclear deterrence, which the EU has somewhat neglected since Javier Solana was High Representative for the Common Foreign and Security Policy prior to the Treaty of Lisbon coming into force, the 27 could also adopt the Danish stance, in other words, refuse to have any nuclear weapons (American or Franco-German) on its soil. The EU has the opportunity to revive the idea of a gradual denuclearisation of Europe, one that can be traced back to the 1957 Rapacki Plan. The EU could, for example, “Europeanise” the stances of Denmark (excluding Greenland) and Norway, countries who do not allow the presence of nuclear weapons on their territory in peacetime. Finally, as part of negotiations on the future of the Non-Proliferation Treaty, the EU could propose the withdrawal of nuclear weapons from all European states who do not possess them in their own right, knowing that, with or without Trump, the strategic umbrella cannot depend on an outside power, even if it was benevolent in 1945. It would also be desirable to accelerate the process of withdrawing American nuclear warheads from Kleine-Brogel Air Base in Belgium and Volkel Air Base in the Netherlands as a prelude to doing the same in Germany, something that the vast majority of Germans want. So, while new B-61 bombs may be necessary, it is unreasonable to expect Europeans to rule out a Europe-wide approach to security and for decisions to be taken exclusively by the holders of these weapons rather than those who pay for their storage and upkeep.
These measures are an outline for a European strategy for nuclear de-escalation that could soften, or even replace, the NATO strategy of nuclear deterrence. The replacement of the American nuclear umbrella by Franco-German or even European cooperation must be seen as a diplomatic lever for pushing Russia and the United States to reduce their stockpiles of nuclear weapons pre-positioned in Europe. This strategy of preventive denuclearisation had first been sketched out at the beginning of the Cold War, in the Rapacki Plan to prevent the nuclearisation of Central Europe. In our current arms race, we urgently need a plan for nuclear de-escalation in Europe. The debate on nuclear deterrent modernisation is another credibility test for the European Union’s strategic autonomy, if this is to be judged by a world free of nuclear weapons.
B.C. and Félix Blanc, in Green European Journal, July 2018