Are nukes missing in South Africa? 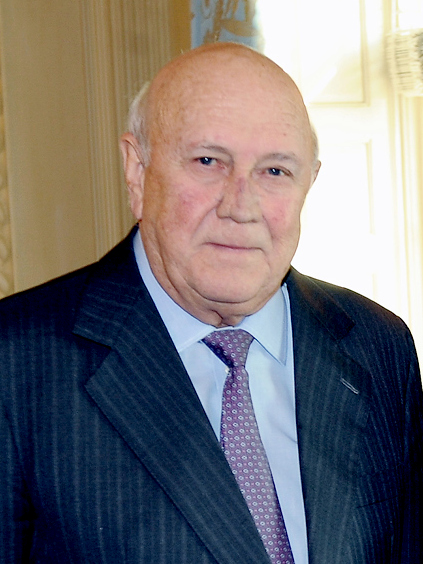 'It would be a mistake to think that the end of the Cold War also ended the threat posed by nuclear weapons. Nuclear-armed states continue to deploy huge arsenals of nuclear weapons other states continue with their efforts to acquire nuclear weapons and there is the alarming possibility that such weapons might fall into the hands of terrorists. Accordingly, it might be helpful to consider the factors that led South Africa to develop nuclear weapons and the reasons why it decided to dismantle them in 1989.
In 1974, as Soviet influence began expanding in southern Africa, our country decided to build a small number of nuclear bombs. After the collapse of the Portuguese empire in Africa in 1975, South Africa's industrial heartland was suddenly vulnerable to air attack from the Soviet Union's new allies in the region.

The buildup of Cuban forces in Angola from 1975 onward reinforced the perception that a deterrent was necessary, as did South Africa's growing international isolation and the fact that it could not rely on outside assistance in case of an attack.
South Africa produced six fairly simple Hiroshima-type atom bombs. The strategy was that if the situation in southern Africa were ever to seriously deteriorate, one or more of the major powers would be told of the bombs' existence in an attempt to persuade those nations to intervene. There was never any intention to use the devices, which were regarded purely as a deterrent.
For the following 16 years, the nuclear weapons program was one of South Africa's most closely guarded secrets During this time, I was involved in the program for a short period while I was minister of mineral and energy affairs. Soon after I became president in 1989, Foreign Minister Pik Botha urged me to take two key steps if we wished to improve South Africa's relationship with the world: The first was to release Nelson Mandela and the second was to dismantle our nuclear weapons and accede to the Nuclear Nonproliferation Treaty.
I had already decided to take both steps. I was determined to begin a process of radical constitutional transformation, which would of necessity require the release of Mandela and the commencement of multiparty constitutional negotiations.
Dismantling South Africa's nuclear capability and signing the NPT also made sense to me. Nuclear weapons had no value in the kind of border wars we were fighting, and the prospect of using them against neighboring countries was too appalling to be contemplated. Also, by the end of 1989, it had become clear that the world — and South Africa — had changed fundamentally since the mid-1970s.
In December 1988, agreement had been reached among Angola, Cuba and the United States for the withdrawal of 50,000 Cuban troops from Angola, followed the next year by a cease-fire agreement there. The withdrawal of the Cuban forces opened the way to the implementation of the United Nations independence plan for Namibia, which until then had been ruled by South Africa under a League of Nations mandate. The successful independence of Namibia in 1990 showed that positive outcomes could be achieved through negotiations, even with one's bitterest enemies.
And the fall of the Berlin Wall in November 1989 and the collapse of Soviet communism had created a completely new global strategic environment, removing one of South Africa's central concerns. I realized that there would never again be so favorable an opportunity for negotiations with our regional neighbors, so my colleagues and I did not hesitate to act.
Under these circumstances, it no longer made any sense for South Africa to retain its limited nuclear weapons capability — if, indeed, it had ever made sense. In 1989, as president, I made the decision to dismantle South Africa's atom bombs.
We signed the Nuclear Nonproliferation Treaty in July 1991 and concluded a safeguards agreement with the International Atomic Energy Agency that September. Unfortunately, South Africa is still the only state that has ever voluntarily dismantled its entire nuclear weapons capability. Nuclear states continue to give lip service to the goal of nuclear disarmament, but little has been achieved in practice. South Africa has illustrated that long-term security can be far better assured by the abrogation of nuclear weapons than by their retention.
The core of the regional and national threats that confronted us before 1989 did not lie in military weakness but in escalating tensions between black and white South Africans arising from apartheid.
The solution was not the acquisition of greater military power through the development of nuclear weapons but the abolition of apartheid and the negotiation of a new non-racial constitution. The international community must take concrete steps to control, and finally eliminate, nuclear weapons as a thinkable option. This will require greater support for the Nuclear Nonproliferation Treaty and more rapid movement by existing nuclear weapons states (NWS) toward the reduction and dismantling of their stockpiles. The world should realize that real security does not lie in increasing our power to destroy others; it lies in our ability to live with others on the basis of peace and justice'.

He was awarded the 1993 Nobel Peace Prize along with Nelson Mandela for bringing an end to apartheid in South Africa.