Why Climate Change Is Not World War 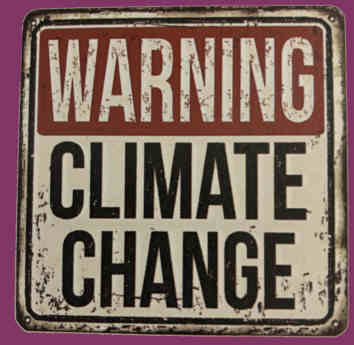 Former Vice President Al Gore, Senator Lamar Alexander and the environmentalist Lester Brown have all been calling for national “mobilization” to fight climate change for more than a decade. Two years later, Bill McKibben wrote an article arguing that climate change was actually world War III and that the only way to keep from losing this war would be “to mobilize on the same scale as we did for the last world war.”
Yet much of this rhetoric involves little or no understanding of what national mobilization actually meant for Americans living through World War II. As a result, the sacrifices and struggles of the 1940s have begun to seem like a romantic story of collective heroïsm, when they were in fact a time of rage, fear, grief and social disorder.
We are underestimating both the deep national trauma of World War II and our present challenge.When people who have never personally experienced war and have little historical sense of what it was like to live through World War II talk about a “war for the climate” or demand a “World War II-scale mobilization,” they are reaching for old-fashioned costumes in which to dress contemporary problems. But the global challenge we face today in climate change differs from what the United States faced in World War II in several key ways.
First, climate change is not a war.

There is no clear enemy to mobilize against, and thus no way to ignite the kind of hatred that moved Americans against Japan during World War II. No clear enemy also means no clear victory. It was easy to tell when World War II was over: The Americans, British and Russians had killed enough Germans and Japanese that Axis leaders surrendered. How would we know when the “war on climate change” ends?
Second, as opposed to World War II, when national mobilization meant a flood of government money that truly did lift all boats, the transformations required to address climate change would have real economic losers. Many major players in industry, tech, energy, and government have little incentive to go along with climate mobilization, since it would undermine their profit and power.
Third, mobilization during World War II was a national mobilization against foreign enemies, while what’s required today is a global mobilization against an international economic system: carbon-fueled capitalism. It took President Franklin D. Roosevelt years of political groundwork and a foreign attack to get the United States into World War II. What kind of work over how many years would it take to unify and mobilize the entire industrialized world — against itself?
(…)
The problem of climate change is bigger than the New Deal. It’s bigger than the Great Depression. It’s bigger than war. The problem of climate change is the problem of how and whether human beings can live together sustainably on this planet.
Roy Scranton,
Assistant professor of English at Notre Dame, the author of “Learning to Die in the Anthropocene,” the novel “I Heart Oklahoma!” and “Total Mobilization: World War II and American Literature.”